CLOSED DONATION AND ADOPTION ABOUT TO END 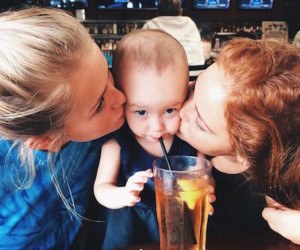 Closed sperm and egg donation, as well as closed adoption, are about to end, I am convinced, after listening to the stunning revelations of two of my most esteemed and beloved colleagues at the annual conference of the Academy of Adoption and Assisted Reproduction Attorneys.

The right of donor-conceived persons to know their genetic origins was the theme of the opening session. The speaker, a renowned adoption and infertility counselor, on whom many of us in the field rely, shared that, using a home DNA kit she received as a gift, she discovered that she was conceived with donor sperm. The therapist reached out to her 92-year-old genetic father, felt an instant bond, and they have developed a caring relationship. She told me that she regrets that her father (who raised her and is her dad in every way) is deceased and that she cannot reassure him that he did not have to worry about telling her that she is donor-conceived.

The happy experience of this counselor contrasted tragically with the other panelist, a donor-conceived person who was anguished and angry about discovering her true genetic identity in her 30’s. She had grown up identifying as Black and suffering with a difficult father.  Through a home DNA kit, she discovered that she had a completely different ethnic identity through sperm donation, upending her sense of self and giving her insight into why she and her father clashed so painfully.

An emotional bookend which closed the conference tackled the importance and challenges of obtaining medical history for adoptees over time. Most private newborn  adoptions today are open in the beginning, when the adoptive parents take custody of their baby and obtain the birth mother’s and child’s medical history at the time of birth. As the child grows up, contact between the adoptive and birth parents typically wanes and the early medical history is not updated.

At the final session, a respected adoption and assisted reproduction attorney, who is an adult adoptee, a friend, and a very private person, bravely presented her personal saga. She revealed that in the past year, she performed a home DNA test that quickly led her to her 80-year-old birth mother.  When they met, her birth mother revealed that she had had breast cancer at age 73 and was a carrier of the BRCA gene mutation, posing a high risk of cancer. This critical medical information led my friend to be tested for the gene mutation and she learned that she, too, was a carrier.  The audience gasped as she revealed that she had undergone a hysterectomy and prophylactic mastectomy to prevent cancer.

The heartfelt revelations of these donor-conceived and adopted persons left us in the audience fired up to move our partners – particularly fertility doctors, egg donor matching programs, and sperm and egg banks – to work toward opening sperm and egg donation, as well as to aid adoptees to obtain updated medical records critical to their health.