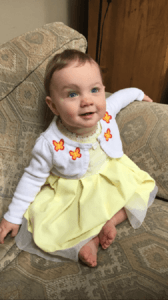 Beginning on February 15, 2021, surrogacy will be legalized in New York.

Here’s how it works. Only gestational surrogacy is allowed, that is, an embryo not genetically related to the surrogate, is transferred to her uterus and she carries the pregnancy for the intended legal parents of the child. Prior to the embryo transfer, the surrogate and intended parents enter an enforceable gestational surrogacy agreement ensuring the legal parentage of the child created. Participants can obtain a court order before the birth of the child declaring the intended parents as the sole legal parents.  After the birth, the New York Department of Health will issue a birth certificate listing the parents established in the order of parentage.

The CPSA applies, not only to surrogacy, but comprehensively addresses the parentage of all children born through third-party reproduction using egg, sperm, and embryo donation. The overarching goal of the legislation is to provide a predictable legal and ethical framework which will establish the parentage of the children created and protect the rights of all of the parties impacted by third-party reproduction: intended parents, gestational carriers, and donors.