THE RIGHT TIME TO BECOME A MOTHER

My friends know that I am not being sarcastic in referring to The Today Show as “my primary source of information.” I can’t face the harshness of the news without Savannah’s whip smart commentary and Hoda’s compassionate humor. When formidable White House correspondent Kristen Welker announced on Today that she and her husband were having a baby through surrogacy, she sealed the deal for me. 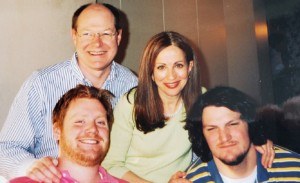 All three publicly and generously revealed their alternative paths to motherhood, using their celebrity to educate and lend support to men and women struggling with infertility. Adopting two kids, Hoda has become a passionate advocate for adoption with her positive and outspoken portrayal of being an adoptive mother. Savannah discussed undergoing IVF to conceive her second child, calling him a medical miracle, and honestly admitting the challenges of the process. Kristen tearfully thanked Savannah and Hoda for being inspiring role models to her in her rocky journey to become a mother.

During Kristen’s surrogacy announcement on Today, she credited her colleagues for helping her “to not feel alone” by telling their stories. Responding to Savannah’s question what to tell others struggling to become parents, Kristen responded, “Never give up! Everyone sitting here is a reminder that, if you want a family, you can have one.”

But it was Hoda’s response which most resonated with me: “As someone told me when I adopted a baby in my 50’s, you know what that baby is? That baby’s right on time!” To those struggling to become mothers this Mother’s Day, I have faith that your baby will arrive “right on time!”