The fertility and adoption highlights of 2021 coalesced around challenging norms. 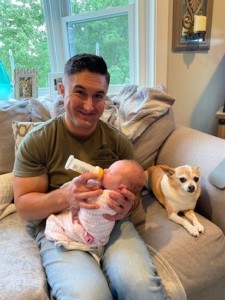 In contrast to other pandemic closures, IVF clinics remained open for egg, sperm, and embryo donation, as well as surrogacy, enabling assisted reproduction to flourish. Despite initial fears that the Covid-19 vaccine caused infertility, inoculation became the standard for all, especially pregnant women and those trying to become pregnant.

Anonymous and closed arrangements lost ground while openness ascended in both adoption and assisted reproduction in 2021.

Anonymous and closed arrangements lost ground while openness ascended in both adoption and assisted reproduction in 2021. Although many IVF clinics, sperm and egg banks, and matching programs continued to use a closed model, keeping the identities of participants from each other, the children of assisted reproduction found their genetic parents and siblings through ubiquitous home DNA kits. This wistful piece, written by an egg donor, expressed hope for the possibility of disclosure, a fitting send-off for the year:

“A Poem in My Pocket

Walking home, I stopped before a poet for hire and told him I’d had eggs retrieved from my ovaries to create a child I’ll never meet. I expected him to be shocked, but he’d just learned that his mother has other children, so he understood, in a way. He sees strangers with her dimples on the train and wonders. To the child I imagine:  I have tried to do something useful, but I’ve also tried to create strangers whose faces I might recognize on the train. I kept the poem in case one of them is ever you.” Kathryn Phelan, New York Times Tiny Love Stories, December 14, 2021