What if Life Had Worked out Differently in Adoption? 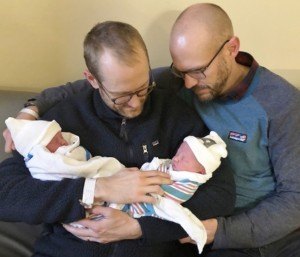 What if life had worked out differently for a birth mother, adoptive parents, or their daughter, imagines Jennifer Gilmore in her luminous novel, If Only.

As the pregnant sixteen-year-old protagonist studies photo books that hopeful adoptive parents have created to show her the life they would offer, she imagines her baby playing in a hot desert backyard or a hip urban park. If only she could raise her child, she anguishes. Already adoring the little one growing inside her body, she conjures a future in which she is the sister-like young mother of a teenager. We fall a little bit in love with the sensitive, brave heroine.

“If only events had worked out differently, though, the birth mother, the adoptive child, and the adoptive parents would not have had the beautiful lives that unfolded.”

The book shifts back and forth in time between two vulnerable sixteen-year-olds, the birth mother and the now teenage daughter placed for adoption. If only her birth mother had kept up the planned open adoption, she would know how life turned out for the one who brought her into the world. She loves her adoptive parents, but longs for answers that she can only discover in a face-to-face meeting. We see how much she is like her birth mother—intelligent, perceptive, and courageous.

If only we had given birth, we would not have left the hospital without a baby, cry the adoptive parents when the birth mother takes her child home for a night after the delivery. To their overwhelming relief, their daughter is placed in their arms and hearts the next day, and they become a happy family. If only she were our biological child, she might not have unresolved questions about her beginnings, the adoptive parents worry, when their teenage daughter confesses her desire to search for her birth mother. They believe in the strength of their family, but want to protect her from doubt and pain.

If only events had worked out differently, though, the birth mother, the adoptive child, and the adoptive parents would not have had the beautiful lives that unfolded.